Backed by prior experience at firms both large and small, Cierra is proud to practice as an associate attorney in the Workers’ Compensation practice area at ZKS.

After initially trying her hand as an assistant public defender, Cierra focused her legal career on workers’ compensation. She is experienced at handling claims from inception to resolution, drafting and filing numerous motions on behalf of client insurance companies, responding to discovery requests, issuing subpoenas for claim records, and responding to subpoena requests from various providers to assist with the defense and management of claims.

At ZKS, Cierra is able to leverage her knowledge of defense and workers’ compensation to handle depositions, mediations, and final hearings for her clients with the immense confidence gained through her successful legal work in years past.

Although she is the first lawyer in her family, Cierra’s interest in a legal career started early in her life when her third-grade class was asked to write a letter to their future selves about what they wanted to be when they grew up. Cierra wrote that she wanted to be a lawyer. A couple years later, she was given back the letter she had written to herself in third grade and decided from then on to make her dreams of becoming a lawyer a reality.

Cierra’s ambitions at a young age led her to intern for a criminal court judge in the 9th Judicial Court and volunteer at Teen Court at the Juvenile Justice Center while enrolled in a magnet program at Boone High School.

After interning at a major personal injury firm and tireless dedication to her studies, Cierra successfully graduated law school and passed the bar exam which she cites as her greatest career accomplishment thus far since many law students fail to overcome the challenge.

Cierra greatly values the positive, team-centric culture at ZKS, finding it especially rare for a firm of its size and eminence. She appreciates how her fellow ZKS attorneys are so open and willing to help one another and answer as many questions as needed.

As a long-time Orlando resident, Cierra recognizes the importance of giving back to her local community and has continued her work at the Juvenile Justice Center that she began in high school. She enjoys volunteering at Teen Court as a jury advisor and acting judge.

When she has time to relax amid her busy schedule, Cierra most enjoys spending time with her family including her nephews and five-month-old baby girl. 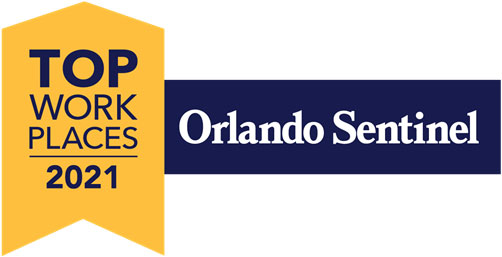